For Ruth and George Palavestra, working from home during the Canberra lockdown was nearly impossible.

The couple live in Gordon, in the south of the city, where the NBN routes the fiber to the node.

“George was trying to set up meetings and a home department and I was trying to provide home telehealth, and we had two kids at home who had to do homework – it was a nightmare,” Ms. Palavestra said. .

“We had to make sure our meetings didn’t conflict so that we could run them without interruption, but they would drop out anyway. Sometimes I couldn’t even log in.”

On good days internet speeds at the Palavestra home hit 25 megabits per second, but that’s a rarity.

“Even the other day at 4:30 pm I had a one-hour team meeting and my internet was cut four times during that meeting,” Ms. Palavestra said.

“It just stopped, and having to reconnect is very frustrating.

“It’s like we’re constantly apologizing for something we have no control over.”

Good internet depends on where you live in the capital

Peter Elford, a telecommunications specialist from Canberra, said when it comes to the NBN in the territory, the quality of service depends on your location.

“It depends entirely on the technology used to deploy the NBN,” said Mr Elford.

Fiber to the Node, or FTTN, relies on a fiber-optic cable to make a connection to a mini-exchange, called a node, near the house, which then connects to your property through a traditional copper telephone line.

A fiber-to-premises connection, or FTTP, uses a fiber-optic cable to connect the NBN directly to your home.

“Gungahlin was included as part of the second stage of the NBN deployment and a new fiber optic cable was dragged through the streets to every house,” Mr. Elford said.

“As the political direction of the country changed in 2013, it was decided that instead of using fiber to the home, as was the case in Gungahlin, the existing copper network used for telephone lines would be used. to route the fiber close to the house but the last few hundred meters would be delivered by the copper wire.

“This technology just isn’t as good as fiber.”

Even today, only Gungahlin and the small pockets dotted around Canberra have FTTP NBN – almost everywhere else is connected by FTTN.

But, there are other options.

A growing number of Canberrans are turning to Starlink, Elon Musk’s satellite internet technology, which offers speeds up to six times faster than NBN.

Thousands of homes in Canberra are also still connected to the VDSL2 service, a unique network installed in 2001 using a fiber-optic cable deployed by TransACT, a Canberra-based telecommunications company now owned by iiNet.

“You may have situations where on a street one side will have FTTP – a lot of bandwidth, very reliable, very stable, consistent – but on the other side of the street you might have FTTN or some other technology that doesn’t. is not as reliable or consistent, ”Mr Elford said.

“It hinders the ability of this community to use the services you can get on the Internet.”

The local ‘NBN guy’ who campaigned for change

In Kambah in southern Canberra, Steve Ulrich is known as “the NBN guy”.

“If I walk my dogs on the street, a lot of people wave and say yes,” he said.

Mr. Ulrich was so tired of the slow ADSL service in his neighborhood that he launched a campaign to connect his neighbors to fiber optics to their homes.

It was “hard work” and took thousands of hours of negotiation with NBN Co over five years.

“There was an appetite out there, a very strong appetite to fix the Internet in this area,” Mr. Ulrich said.

The solution was not cheap – each household paid just under $ 3,000, but Mr. Ulrich said it was money well spent.

“We don’t have dropouts, our telecommuting works perfectly,” he said.

“This is absolutely essential and especially during COVID, having FTTP in place has been an absolute asset and has made life so much easier.”

But for individual households to do the same, the cost is much more prohibitive.

“Depending on the infrastructure in your suburb, you might be looking at tens of thousands of dollars,” Ulrich said.

“Typically most people are looking at between $ 14,000 and $ 18,000 to pay for their own FTTP connection and they are essentially offering an asset to NBN Co – a public company.”

Politicians vying for a better connection

The Federal Labor Party is pushing for broadband to be an election issue.

He pledged $ 2.4 billion to give 1.5 million homes and businesses across the country faster internet access by 2025 if he wins the next federal election.

The opposition said it would also expand full fiber NBN access across the country to all states and territories, creating 12,000 jobs.

Comparison of Internet options in Australia The ABC has developed an Internet Connection Widget that shows how your connection compares to other options in terms of speed, reliability and cost.

The federal government has always maintained its plan to overturn Labor’s original vision for the NBN and move to the FTTN.

Yet last year he committed $ 3.5 billion for NBN upgrades, which are expected to be completed by 2023.

The plan would see the extension of FTTN and fiber connections to the sidewalk, but direct fiber to the home would only be installed when there is a customer order.

However, families like the Palavestras, who are planning to retire soon, fear they will not be there to see their service upgraded.

Ms Palavestra said she couldn’t understand why it had taken so long – and a COVID-19 pandemic – for both sides of politics to realize that a good quality internet was essential.

“To me it’s like health and education, it’s a basic necessity – a good sewerage system, good electricity, a good NBN,” she said.

Previous These 3 dividend stocks are practically slot machines
Next People are happier with their routers in 2021, according to JD Power 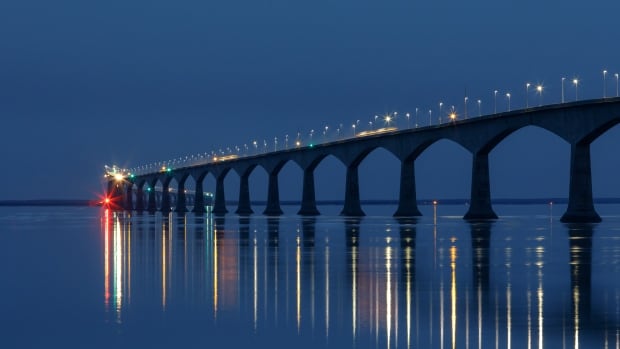